Clinical Bottom Line:  Limited and low-quality evidence suggests that the acellular dermal matrix graft (ADMG) results in less sites with complete root coverage compared to subepithelial connective tissue graft (SCTG) in adults over the follow up period of 6-12 months. The results are clinically meaningful, not statistically significant and not clinically precise. The evidence validity is compromised by the risk of selection and performance bias, lack of transparency in the methodology for reproducibility, small number of studies with small sample sizes. Thus, this C.A.T analysis is not yet applicable for clinical practice because of lack of evidence. More methodologically sound and adequately powered studies that consider adverse effects and cost of interventions are needed.

Despite its lackluster experimental designs, the study population of both studies (university-treated patients in India, Shori 2013, and Italy, Paolantonio 2002) are representative to our population of interest (Canadians requiring root coverage treatment in private sector). Despite the relative lower SES of patients in India compared to Canada, we consider that both surgery techniques are just as accessible for both the study subjects (subsidized university patients) and the Canadian patients (higher SES, but expensive private clinic setting). The intervention (acellular dermal matrix allograft) is feasible to implement in Canadian setting and can be used in situations where the tissue from the palate can’t be used, but it is not as practical as SCTG, because of materials required, costs, and ease of technique (flap and graft must contact in ADMG). The outcome (root coverage) is a patient important outcome for esthetic reasons. The follow up time (6-12 months) is enough time to observe the final surgery outcome. The cost difference between the intervention (ADMG) and the comparison (SCTG) are not mentioned or compared in these studies. However, SCTG is a more affordable option for patients since it does not require purchasing of additional materials, the graft itself comes from the patient’s own palate, while ADMG requires external acquisition of products, which leads to higher cost.   With regards to benefits and harms between the two techniques, a benefit of SCTG is that the flap does not need to completely cover the connective tissue graft, while the ADMG relies completely on the connection between the flap and the graft, and if there is no contact, it can lead to failure. The two studies of interest included in the Cochrane review (Shori 2013, Paolantonio 2002) did not measure the adverse effects of either techniques. Acellular dermal matrix grafts (ADMG) is an acceptable alternative when tissue from the palate cannot be used. 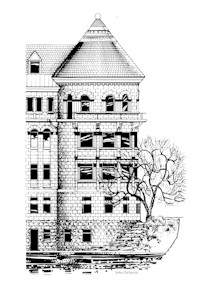