Welcome! Use this guide to find sources for streaming videos and films, including concerts, operas, masterclasses, documentaries, and more. 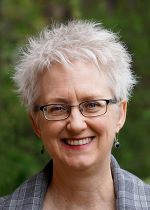